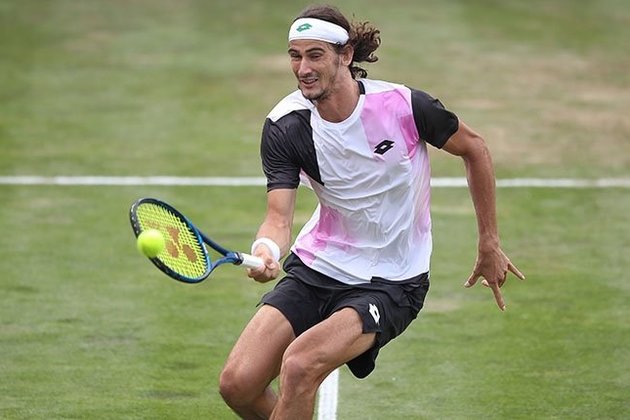 The 24-year-old Capetonian was sublime on his own serve, hitting six aces and never facing a break point. He broke world No 16 Monfils' serve twice in each set to advance in one hour and eight minutes.

Harris, the current world No 51, next faces either Guido Pella of Argentina or Lukas Lacko of Slovakia.

There are some big names in action at this week's ATP 500 level event in Germany, including 10-time champion from Switzerland Roger Federer, top-seeded Russian Daniil Medvedev and third seed and home hope Alexander Zverev.

Meanwhile South Afrcica's other singles player, Kevin Anderson, is in action in another Challenger event in Nottingham, England this week.

Anderson, currently down at No 101 in the ATP rankings, will face America Denis Kudla in his opening match on Tuesday afternoon.

The Challenger circuit is the second tier of men's professional tennis, just below the ATP Tour.