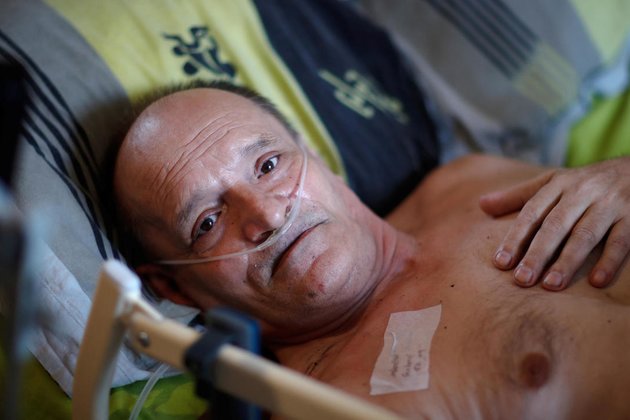 Terminally ill French activist Alain Cocq, who campaigned for his right to euthanasia, died on Tuesday by assisted suicide in Switzerland.

The 58-year-old from Dijon had been suffering from a rare incurable disease that causes the walls of the arteries stick together.

In an open letter to parliament and to President Emmanuel Macron, who had denied his request for an assisted death, Cocq said: "I would like to inform you of my death with dignity".

Relatives told AFP that Cocq's passing - shortly before noon - was "peaceful" and happened "very quickly" after he was given a pill.

Cocq had staged two hunger strikes in 2020 - also twice putting a stop to his medical care before intolerable pain forced him to resume.

An attempt to live stream his death on Facebook last summer - to show French people "what agony looks like" - was blocked by the social network.

In April, Cocq announced he had accepted an NGO's offer to finance his assisted suicide in Bern, Switzerland.

"They will make me drink a bitter liquid and I will fall asleep," he said at the time. "It will then be a deliverance, the end of suffering - but for me it is a death in exile."

Right-to-die cases have long been an emotive issue in France.

Most divisive was the case of Vincent Lambert, who died in July 2019 after doctors removed life support following a long legal battle. Lambert had been left in a vegetative state after a traffic accident in 2008.

The case divided the country as well as Lambert's own family, with his parents using every legal avenue to keep him alive, while his wife and nephew insisted he should be allowed to die.