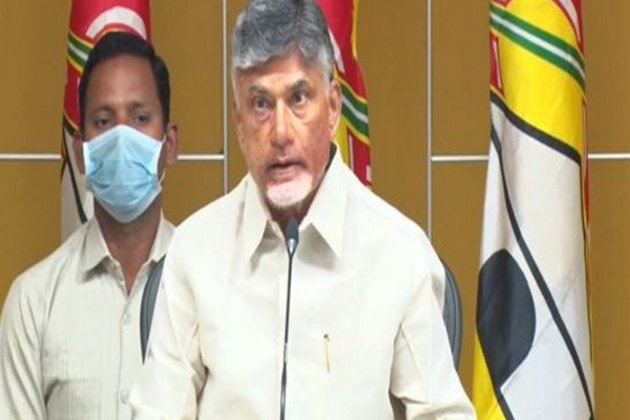 According to a press release, Naidu wrote to Reddy, demanding immediate payment of the paddy dues and taking further steps for making timely payments to the farmers.

The TDP chief told the CM that the paddy dues have accumulated and reached over Rs. 4,000 crore as of now. Payments were not being made to the farmers in East Godavari, West Godavari, Krishna, Guntur, and Prakasam districts. The farmers were being forced to make rounds to the respective offices. During the TDP regime, the procurement-related cash used to be deposited in the respective accounts of the farmers within 48 hours.

Naidu strongly objected to the new practice introduced by the YSRCP government to make payments in 21 days, which was causing many problems for the farmers. Even this deadline was not being met by the government. Nearly two months were over since the paddy was procured from the farmers but their cash was not deposited. As a result, the farmers were not able to repay loans brought and spent on cultivation.

The TDP chief asked how the farmers could pay interest on loans if the government would not make timely payments. They would also face more problems due to a lack of money to begin crops in the Kharif season. The debts made during rabi season already became a huge burden. If the loans were not paid in time, the interest rates would go up multiple times. The YSRCP government was pushing the farmers into a severe debt crisis.

Naidu said that there were pending dues of Rs. 2,500 crore only in the Godavari districts as per the farmers. The procurement was also being ignored. Till now, only 27.87 lakh metric tonnes of paddy were procured as against the promised 45 lakh tonnes. The groundnut crop was totally damaged in Rayalaseema during natural calamities in Kharif 2020. No input subsidy was paid till now and there was no assurance from the government so far.

Decrying the government's indifference, Naidu said that BPT-54 variety paddy was being given just Rs. 1,050 per 75 kg. Its price was Rs. 1,100 to Rs. 1,350 in the open market. Farmers were losing Rs. 300 to Rs. 800. There was a big gap between the prices being offered by the government and the private traders.

Naidu also told the CM that no support was given to over 16 lakh tenant farmers in the State. They suffered losses in Sunna Vaddi loans, crop insurance, and input subsidy. The TDP issued identity cards to tenant farmers, which was cancelled now. Rythu Bharosa was promised to 16 lakh tenant farmers but it was finally given to just 41,000. These farmers could not even sell their foodgrain.

The TDP chief accused the YCP leaders and millers of jointly looting the farmers. Many farmers could not register e-crop bookings due to the government's negligence. They were eventually forced to leave the harvest on the roads. The farmers of green gram, red gram, jowar, maize, and groundnut were incurring losses due to lack of markets and exploitation by middlemen. No proper prices were there for tomato, mango, jowar, maize, banana, chili, coconut, subabul, and prawn. Flowers were thrown on the road at Kadiyam due to a lack of proper prices. (ANI)