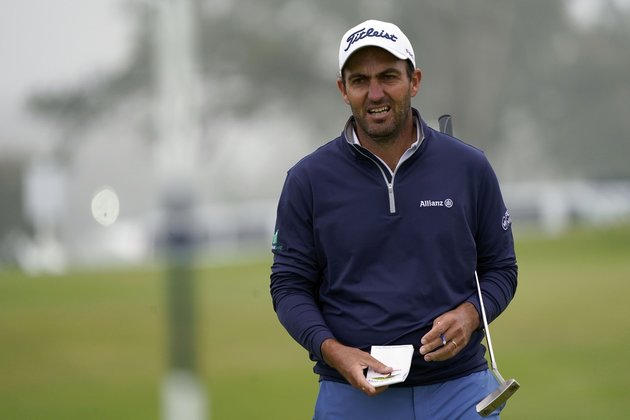 Edoardo Molinari last played in a major championship in 2015, so on that level alone it was significant that he qualified for this year's U.S. Open at Torrey Pines in San Diego.

But qualification came with an extra benefit on a far more personal level. It meant he would finally get to see his younger brother again.

Edoardo and Francesco Molinari told reporters Thursday that they went roughly a year and a half without seeing one another in person due to global COVID-19 travel restrictions before their reunion in California this week.

Some brotherly quality time may have done the two Italian golfers good, as now they're in close proximity not only physically, but also on the U.S. Open leaderboard. Francesco Molinari carded a 3-under 68 Thursday, good for a tie for second for most of the afternoon, while Edoardo Molinari posted a 1-under 70.

It was the week before Christmas in 2019 that the brothers last visited in person.

"When COVID first hit, I was here," Francesco Molinari said. "I managed to fly back to London, but then I couldn't fly back from London to Italy. And then we moved here and he couldn't fly here. ... It's just a weird year and a half."

Edoardo Molinari flew to California a day early to visit his brother and his family in Los Angeles.

"We just had a good time, and then we played a practice round together on both Tuesday (and) Wednesday," he said. "We're going to go and have dinner tonight together. It's just nice to get the chance to speak with him, see him again and just spend time with him."

The last time both Molinaris were in contention in the same event, as Edoardo recalled, was the 2014 Open Championship. He finished tied for seventh while Francesco tied for 15th.

Edoardo Molinari reached the U.S. Open only as a result to COVID-related changes to the USGA's usual process. Rather than qualifiers staged in Europe, three European Tour events were deemed the "European Tour Qualifying Series." Players earned points based on their performance, and the top 10 finishers among those not already exempt were added to the field.

Francesco Molinari birdied three of his first six holes and two of his final three on his way to one of the lowest scores of the first round. Edoardo Molinari recovered from a poor start that included a double bogey on No. 6 and strung together three straight birdies on holes No. 8-10.

The highlight of the day came at No. 10, where Edoardo dunked his third shot from the greenside bunker for birdie.

Now that both brothers have started the notoriously difficult major under par, Francesco Molinari was asked if the brothers had a bet going between them.