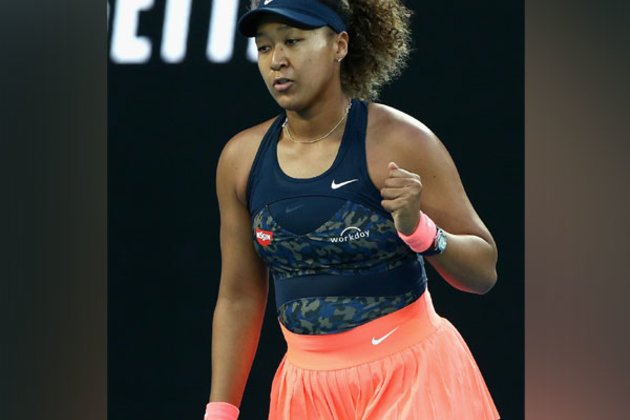 Tokyo [Japan], June 18 (ANI): Women's world No. 2 Naomi Osaka has pulled out of this year's Wimbledon and has shifted her focus on the upcoming Tokyo Olympics.

"Naomi won't be playing Wimbledon this year. She is taking some personal time with friends and family. She will be ready for the Olympics and is excited to play in front of her home fans," Kyodo News quoted Osaka's agent as saying via email.

The Japanese tennis star in May had withdrawn from the French Open citing mental health and revealing that she suffered long bouts of depression since the US Open in 2018.

Prior to her withdrawal, Osaka was fined 15,000 dollars for skipping the press conference following her win in the first round in the French Open.

Meanwhile, World No. 4 Dominic Thiem has confirmed that he will not compete in the upcoming Tokyo Olympics.

"Hi everybody, I have some sad news to share with you all. After talking with my team and analysing the situation I have taken the very difficult decision to withdraw from competing in the Tokyo Olympics," Thiem said in a statement on Twitter.

Thiem doesn't feel "ready" to play his best game in Tokyo. The tennis star said his goal is to give his best at Wimbledon and defend his US Open title.

"For me, like all athletes, taking part in the Olympics and representing my country is a huge honour and that makes this decision even tougher. However, 2021 did not start as expected and I don't feel ready to play my best in Tokyo," Thiem saidSpanish tennis player Rafael Nadal has also decided to skip this year's Wimbledon and the Olympic Games in Tokyo.

The 13-time French Open champion said his goal is to prolong his career and to compete at the highest level of the sport.

Tokyo Olympics will begin on July 23 and the Games will run up to August 8 this year. The event was slated to be held last year, but it was postponed due to the COVID-19 pandemic. (ANI)