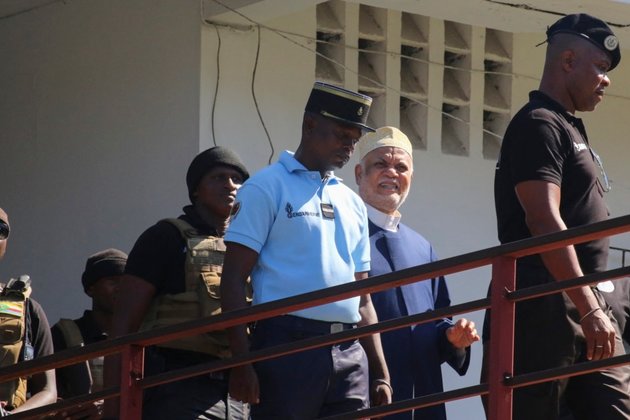 Nairobi - A court in Comoros, the island nation off Mozambique, has found former President Ahmed Abdallah Sambi guilty of treason for selling passports to people from the Middle East.

Sambi is charged with treason and the court said it found him guilty of selling Comorian passports to people in Gulf countries.

The sixty-four-year-old was not present in the court. He boycotted the hearing last week, claiming he would not get a fair trial.

Jon Fermon, a lawyer representing Sambi, termed the trial and the ruling illegal.

Sambi has spent four years in jail for corruption.

The prosecution said the former president embezzled millions of dollars for the sale of passports to foreigners.

Fermon says they will take the case to the international forum to seek justice for Sambi.

'We will have to take this to the international scene,' he said. 'There is no other choice than to take this out of Comoros and try to get it to the international attention for this case with U.N. bodies in Geneva with the French justice system, to which we will submit the question of this attempt buy a false witness statement... because there is no possibility to appeal the decision under Comorian law. So, there is no other choice than to go beyond Comoros to continue the struggle for justice for President Sambi.'

One of the defendants, Bashar Kiwan, a French-Syrian businessman, accused the current Comorian government led by President Azali Assoumani of pressuring him to testify against Sambi in exchange for a pardon. The presidency denies the claim.

Sambi, after leaving power, was placed under house arrest for disturbing public order. He ruled the Indian ocean nation from 2006 to 2011.