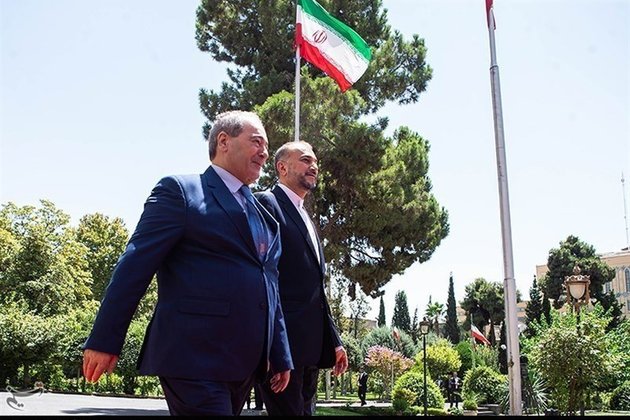 TEHRAN (Tasnim) - The foreign minister of Syria slammed the UN Human Rights Council's recent resolution against Iran as a proof that the West abuses the international mechanisms to fulfill its political objectives.

Faisal al-Mekdad made the remark in a telephone conversation with his Iranian counterpart Hossein Amirabdollahian on Monday.

"Syria affirms that such arbitrary, unacceptable decisions reflect a continuous method taken by Western states against independent countries in order to implement their destructive agendas in the developing countries," SANA quoted Mekdad as saying.

The conversation took place less than a week after the UNHRC convened a meeting at the request of Germany and Iceland in Geneva to discuss alleged human rights violations in Iran during the handling of recent foreign-backed riots in the country.

The inter-governmental body voted to establish an independent international fact-finding mission to investigate the purported abuses.

The Syrian foreign minister added that the resolution was passed through West's tremendous pressures on some member countries of the council, and represents a direct violation of the sovereignty of states and their right to follow policies that suit the history and traditions of their people, Press TV reported.