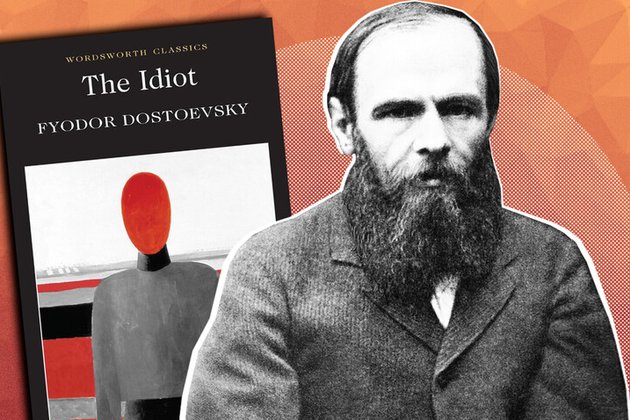 Dostoyevsky's The Idiot: A Short Summary

This novel is a hard pill to swallow. However, it provides an illuminating insight into the workings of a modern society that hasn't changed much since the 1860s.

A SUPER SHORT SUMMARY: An inherently virtuous and selfless man navigates the intricacies of a tight social circle in St. Petersburg. Perceived as a black sheep by corrupt and corrupted people, the man does not give up his Christ-like all-encompassing love for the souls of the sinners and goes insane.

After spending several years in a Swiss mental institution, Prince Myshkin is traveling to St. Petersburg. On the train, he meets a man who goes by the name of Rogozhin. 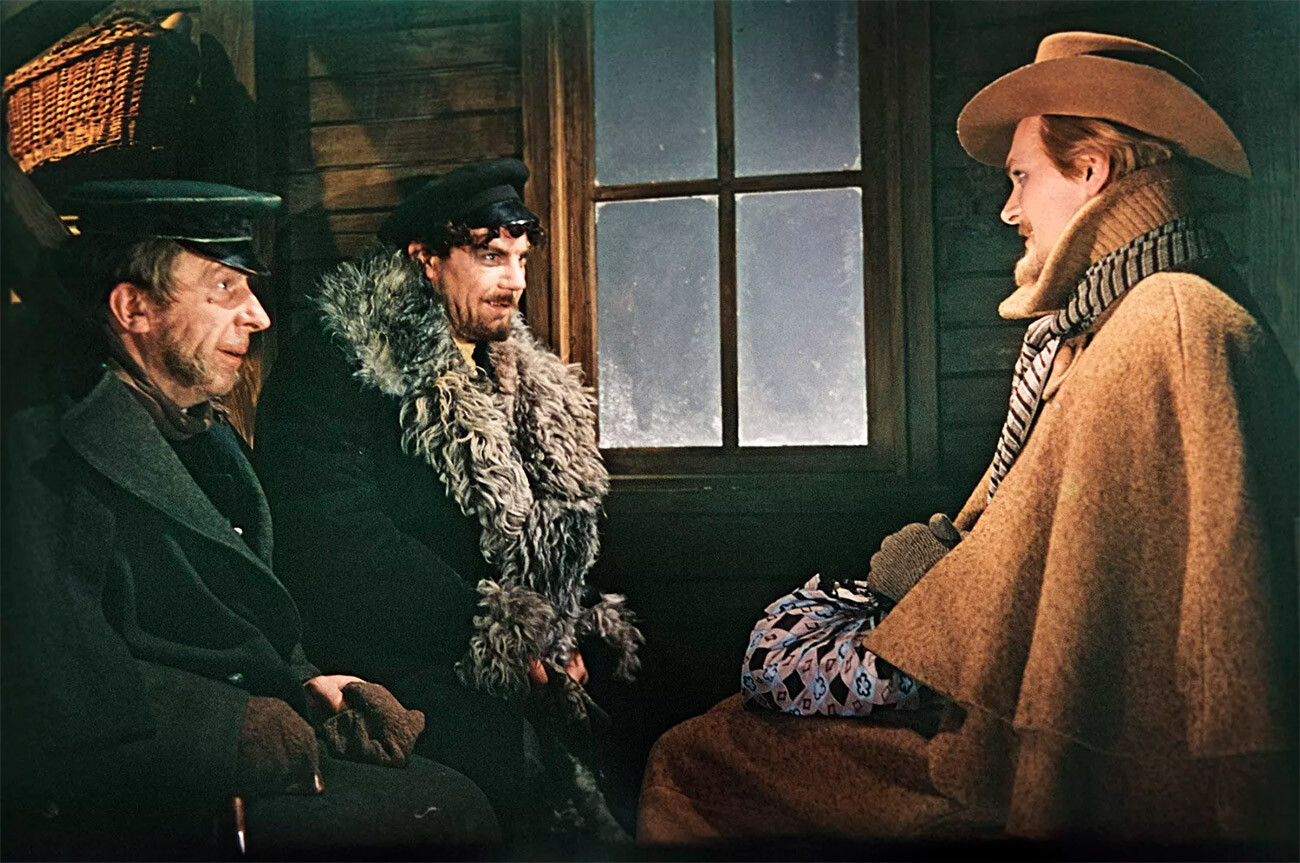 Finding himself an heir of great wealth after the sudden death of his father, Rogozhin plans to marry a beautiful, but well-known kept woman named Nastassya Filippovna, who he desperately loves despite her reputation.

The readers learn that General Yepanchin, Ganya and a powerful and wealthy man named Afanassy Totsky - who sexually abused Nastassya Filippovna when he had taken her under his care as an orphan, but, gradually, grew tired of her as a grown-up woman, because she was always angry at him and difficult to control - all have their designs for Nastassya's future fate. 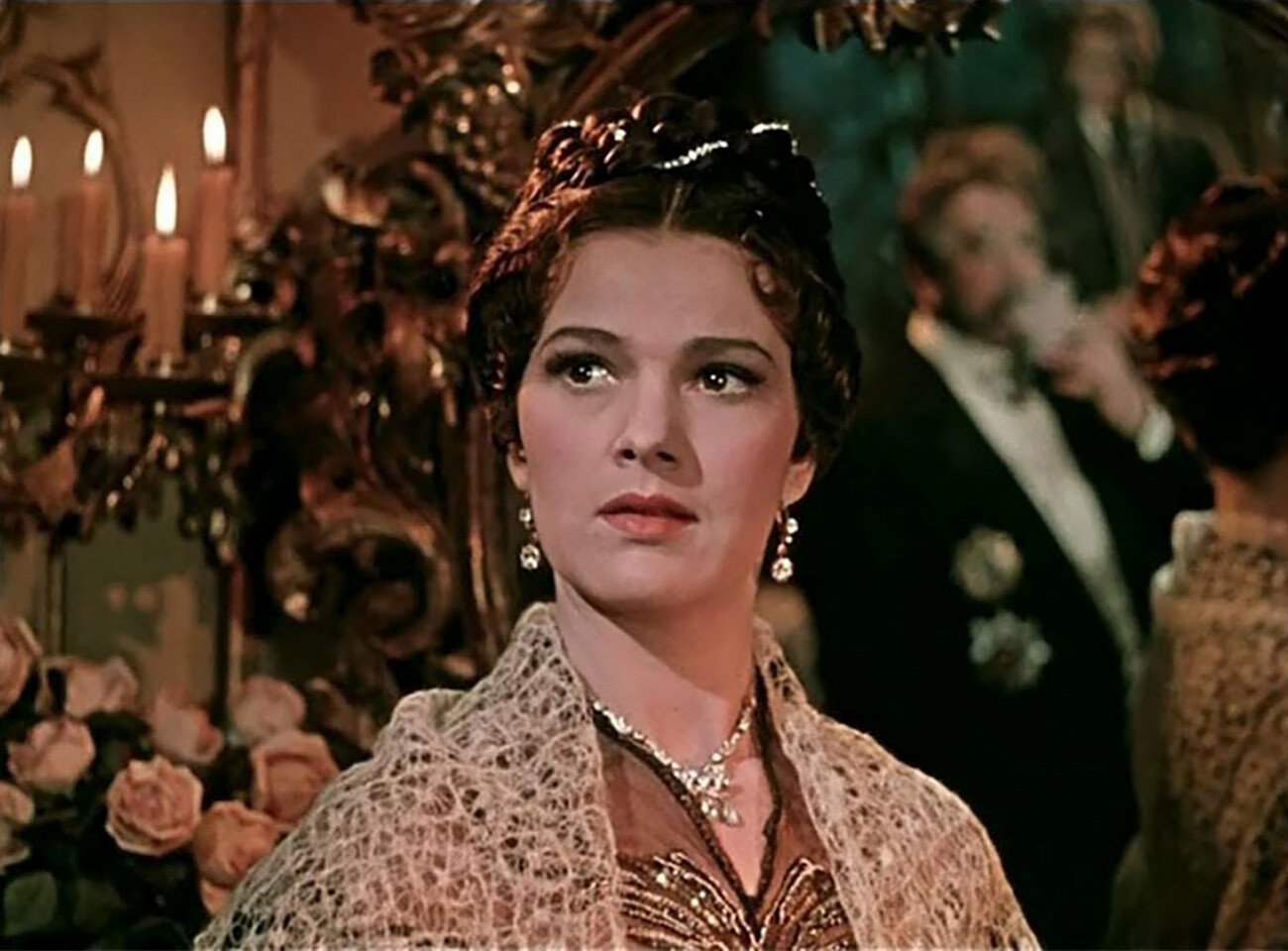 Totsky wants to get rid of her and is willing to provide a substantial dowry to a man who would marry her. General Yepanchin wants Nastassya gone, too, because he has plans to marry one of his daughters off to Totsky, perceiving the marriage as a financially lucrative deal. On the contrary, the General's secretary Ganya wants to marry Nastassya, not only because he finds her attractive, but also because the large dowry of 75,000 rubles is the amount of money he could not afford to lose out on.

In the meantime, the youngest daughter of the General named Aglaya becomes infatuated with sincere, selfless and thoughtful Prince Myshkin. However, he is too innocent to realize the woman is attracted to him. 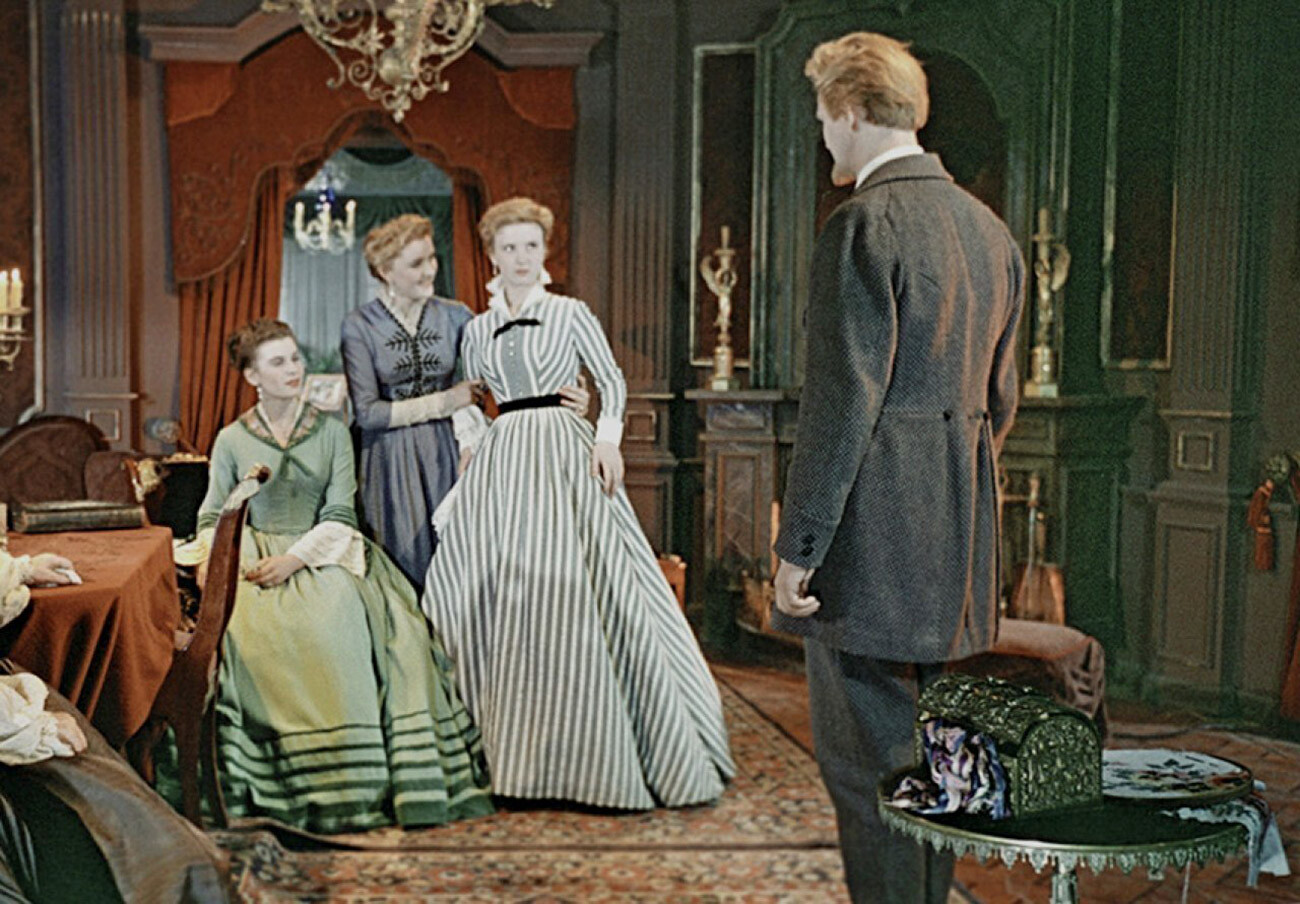 Realizing that marriage to Aglaya promises more social and financial benefits to him, the General's secretary Ganya does not want to marry Nastassya, unless he knows for sure that he has no chance with Aglaya. Prince Myshkin involuntarily becomes a middleman between Ganya and Aglaya, but soon discovers that the woman is disgusted with her potential fiance and turns him down.

When Prince Myshkin and his acquaintance Rogozhin become close, Myshkin opens up about his feelings for Nastassya to his friend. Jealous, Rogozhin attempts to murder Myshkin, but the latter has an attack of epilepsy, forcing Rogozhin to abandon his malicious plan. Once Myshkin recovers, he once again demonstrates deep selflessness of his character by apologizing to Rogozhin for suspecting his friend of plotting to kill him. 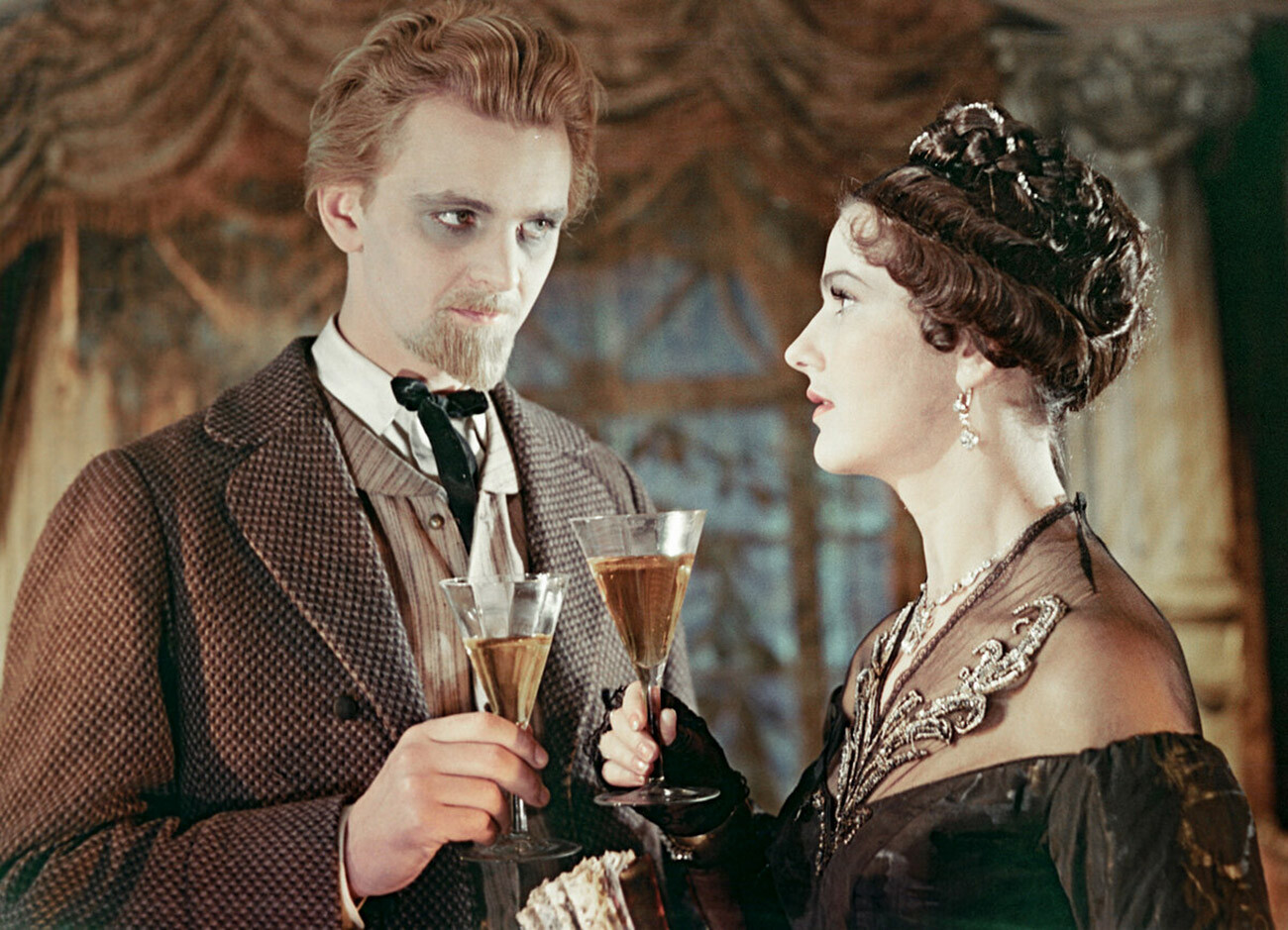 The wedding between the two is arranged, but Nastassya changes her mind at the last moment. The woman believes her future husband is too good and pure to marry her and abandons him for Rogozhin on the wedding day.

Prince Myshkin finds Rogozhin, who takes him home and shows the dead body of Nastassya who he has killed. Rogozhin falls ill and Myshkin tries to soothe his anguished friend and alleviate his suffering.

When the two are discovered, Rogozhin is in bad condition, but Myshkin has lost his sanity, becoming an "idiot". Subsequently, Rogozhin is tried for murder and sentenced to exile in Siberia. Myshkin returns to the Swiss mental institution with little hope of ever recovering.

What's behind the novel?

In writing 'The Idiot', Dostoevsky set out to explore how a Christ-like character - Prince Myshkin - would fare in a modern corrupt society. The writer inserts a selfless and inherently pure soul in a social mayhem characterized by pervasive social and financial inequality.

Dostoevsky's other characters are essentially humans: despite their different personalities and circumstances, they balance on the brink of salvation and destruction, but are unable to shake off their worst traits to become however close to the character of Prince Myshkin, who appears to be so kind and virtuous that others perceive him to be an "idiot", unfit to live in the worldly society.

By the end of the novel, the main hero literally becomes a person of low intelligence, suffering a mental breakdown and unable to recover from it.

Performing a grand philosophical undertaking in writing 'The Idiot', Dostoevsky was not happy with how the novel turned out. Neither were contemporary readers impressed by the novel. Nonetheless, as time passed, the book acquired the status of one of the key works of Russian classic literature.

Click here to read a summary of Lolita by Vladimir Nabokov.

Our website and social media accounts are under threat of being restricted or banned, due to the current circumstances. So, to keep up with our latest content, simply do the following: