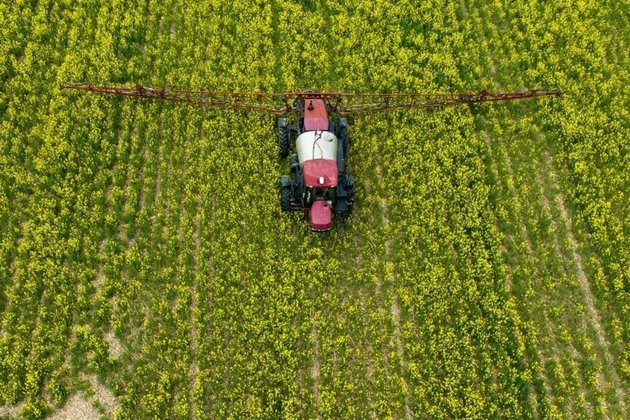 In January, France became the world's first country to prohibit the export of pesticides banned in the European Union because of their danger to health and environment. But almost a year after the law came into force, France is still exporting harmful pesticides on a massive scale, two NGOs warn in a report published Wednesday.

Between January and September 2022, France allowed the export of nearly 7,500 tonnes of pesticides banned on French territory, according to an investigation by Swiss NGO Public Eye and the Greenpeace entity Unearthed.

"France continues to export dangerous pesticides on a massive scale that it no longer wants in its fields," the NGOs said in a report published by Le Monde.

During the first nine months of the year, French authorities "approved 155 export applications for pesticides banned in France and throughout the European Union" with Brazil as the main destination, the report said.

Picoxystrobin, a fungicide banned in 2017, accounted for "nearly 40 percent of this volume". Many exports of "bee-killer" insecticides were also allegedly authorised.

The ban applies to plant protection products "containing" substances not authorised in Europe, but not to the active substances themselves.

Products containing substances whose authorisation on European soil has expired but which have not been banned can still be exported, the NGOs said.

The new rules had however "considerably" reduced the exports of banned pesticides from France, the NGOs conceded, with 28,479 tonnes exported in 2021.