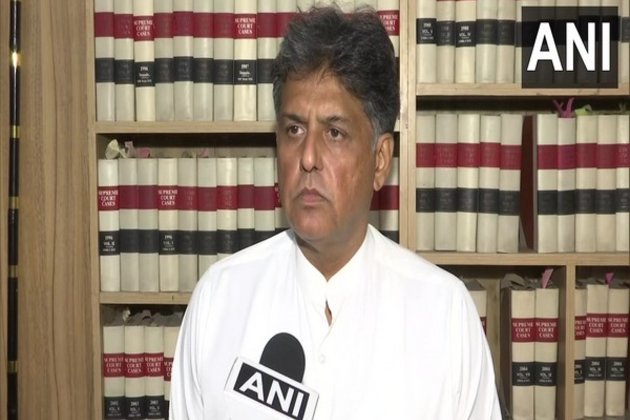 New Delhi [India], January 20 (ANI): Congress MP Manish Tewari on Friday questioned the mandate of the ResearchAnalysis Wing (RAW) after the central government reportedly took objection to the Supreme Court collegium's decision to appoint senior advocate Saurabh Kirpal, an openly gay person, as a judge of a constitutional court in India citing a report by the intelligence agency.

In this backdrop, the Collegium resolves to reiterate its recommendation dated November 11, 2021, for the appointment of Saurabh Kirpal as a Judge of the Delhi High Court needs to be processed expeditiously.

"This file concerns reconsidering the proposal for the appointment of Saurabh Kirpal, Advocate as Judge of the Delhi High Court," Tewari tweeted.

"The recommendation unanimously made by the Collegium of the Delhi High Court on October 13, 2017, and approved by the Supreme Court. The collegium on November 11, 2021, has been, referred back to us on November 25, 2022, for reconsideration in light of the observations made in the file," Tewari further stated.

"The proposal has been pending for over five years. From the letters of the ResearchAnalysis Wing (RAAW) dated April 11, 2019, and March 18, 2021, it appears 'that there are two objections to, the recommendation which was made by the Collegium of this Court 611 November 2021 approving the name of Shri Saurabh Kigpal namely the partner of Shri Saurabh Kirpal is a Swiss National, and (i) he is in an intimate relationship and is open about his sexual orientation," he stated.

The letter of the Law Minister dated April 1, 2021 states that though "homosexuality stands de-criminalised-in India, nonetheless same-sex marriage still remains bereft Of recognition either in codified statutory law or uncodified personal law in India" Moreover, it has been stated that the candidate's "ardent involvement and passionate attachment to the cause of gay rights" would not rule out the possibilty of bias and Prejudice, he added.