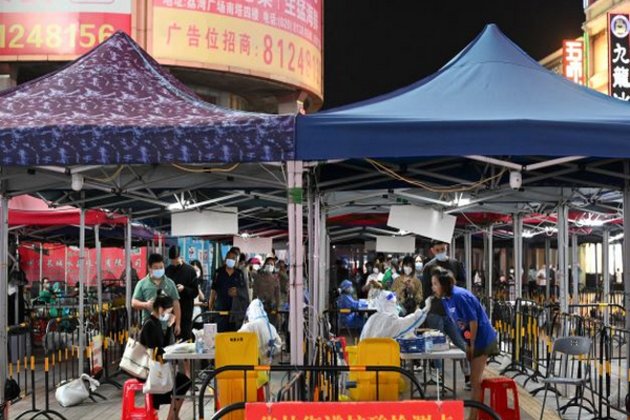 However, the abrupt relaxation of the 'zero-Covid' policy has exposed its 1.4 billion people to the virus, leaving hospitals overwhelmed and morgues overrun by corpses. The situation has become increasingly drastic as the temperatures drop, emptying shelves of cold and pain medication in pharmacies across the country.

In its January 13 report, CNN reported that many in China have "turned to the black market where hawkers claim to sell Covid treatments ranging from illegal imports of Indian-made generics of Pfizer's Paxlovid and Merck's Molnupiravir to the bonafide product - up to nearly eight times the market price".

The demand for Indian generic drugs has skyrocketed in China amid the massive covid surge. India has been hailed as a 'world pharmacy', producing generic drugs for a long time now.

Scientifically speaking, generic drugs have the same active ingredients, dosage forms, routes of administration and therapeutic effects as the original. Generic medicines can be safely used to replace the original drug in clinical practice, making them accessible and feasible to everyone.

Indian generic drugs have passed the clinical consistency evaluation and are considered to have the same effect as the original drug. Paxlovid, Pfizer's oral covid-19 treatment is in high demand but seriously low in supply. There are four main Indian generic medicines for Paxlovid - Primovir, Paxista, Molnunat and Molnatris.

These companies are legally allowed to produce Nimatevir APIs or formulations, one of the ingredients of Pfizer's Paxlovid. The demand for Indian versions of Paxlovid is now surging in China, with people appreciating the efficiency and efficacy of the Indian medical system.

All four drugs appear to have been approved for emergency use by the Indian authorities, but are not legal for use in China, according to the Chinese state-owned online magazine Sixth tone. Many Chinese citizens have resorted to buying them either in the black market or through other underground channels.

"There are many risks in these purchasing Indian generic drugs, and it is recommended that everyone do not blindly panic to buy," Shi Hongwei, the former head of a pharmaceutical company in India, told the Global Times reporter.

Four articles falsely emphasizing that Indian companies are manufacturing these drugs without licence are pushed all over Chinese media to downplay Indian achievements, according to a media report.

On the other hand, netizens in China have been praising Indian medicines and portraying India in a positive light, it added.

Some have even made references to the famous Chinese film 'Dying to Survive' in this context. The film revolves around the survival of cancer patients on the banned imported Indian drugs. (ANI)