Roundup: Djokovic, Zhang through to Australian Open fourth round

The fourth seed Djokovic continued his near invincibility at his favored Rod Laver Arena with a gritty 7-6 (7), 6-3, 6-4 victory to set up a clash with Australian 22nd-seeded Alex de Minaur.

Nursing a hamstring injury suffered ahead of the tournament, Djokovic had a nervous moment after an awkward tumble following a sensational winner at the net to wrap up a thrilling first-set tiebreak.

Djokovic received medical treatment on his heavily strapped left leg but - like many times during his legendary career - he then lifted a gear to overwhelm the 27th seed Dimitrov.

He moved around the court in usual acrobatic fashion, but noticeably grimaced on several occasions. His fitness is set to be tested against the fleet-footed De Minaur in the fourth round clash on Monday.

"He is probably the quickest guy on tour, he has improved a lot. It's going to be a great atmosphere and I look forward to it," Djokovic said.

The fifth seed Andrey Rublev underlined his burgeoning title credentials with a 6-4, 6-2, 6-3 thrashing of the 25th seed Daniel Evans.

With several high-profile players already knocked out, expectation is growing that a confident Rublev can end his Grand Slam jinx having never made it past the quarterfinal stage.

"Every match I'm playing better and better and I'm really happy because at the beginning of the season I lost to a couple of players," he said.

"I lost a bit of confidence, but since the first match [in Melbourne] I've been playing really good tennis."

Zhang, the 23rd seed in the women's singles, brushed aside American qualifier Katie Volynets 6-3, 6-2 in 63 minutes.

She had 20 winners in a polished performance on her 34th birthday to overwhelm 21-year-old Volynets, who in the second round had caused a major boilover by beating the ninth seed Veronika Kudermetova 6-4, 2-6, 6-2.

Zhang is getting closer to matching her fairytale quarterfinal runs at the Australian Open in 2016 and at Wimbledon in 2019.

To do that she will need to defeat former world No. 1 Karolina Pliskova, who Zhang has never beaten in seven previous attempts.

"We played a lot of times against each other, I never won. So there is not any pressure," Zhang said.

The Frenchwoman had 16 unforced errors during a lackluster first set before turning it around to keep her quest for a maiden Grand Slam title alive.

The fifth seed Aryna Sabalenka and Tokyo Olympic gold medalist Belinda Bencic will meet in the fourth round after recording impressive victories.

"I'm super happy to be here showing my good level," said 24-year-old Sabalenka, who claimed her seventh successive straight-set victory of the year.

China's Zhu Lin plays the 24th seed Victoria Azarenka, who won the Australian Open titles in 2012 and 2013, for a place in the quarterfinals. 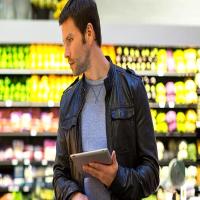